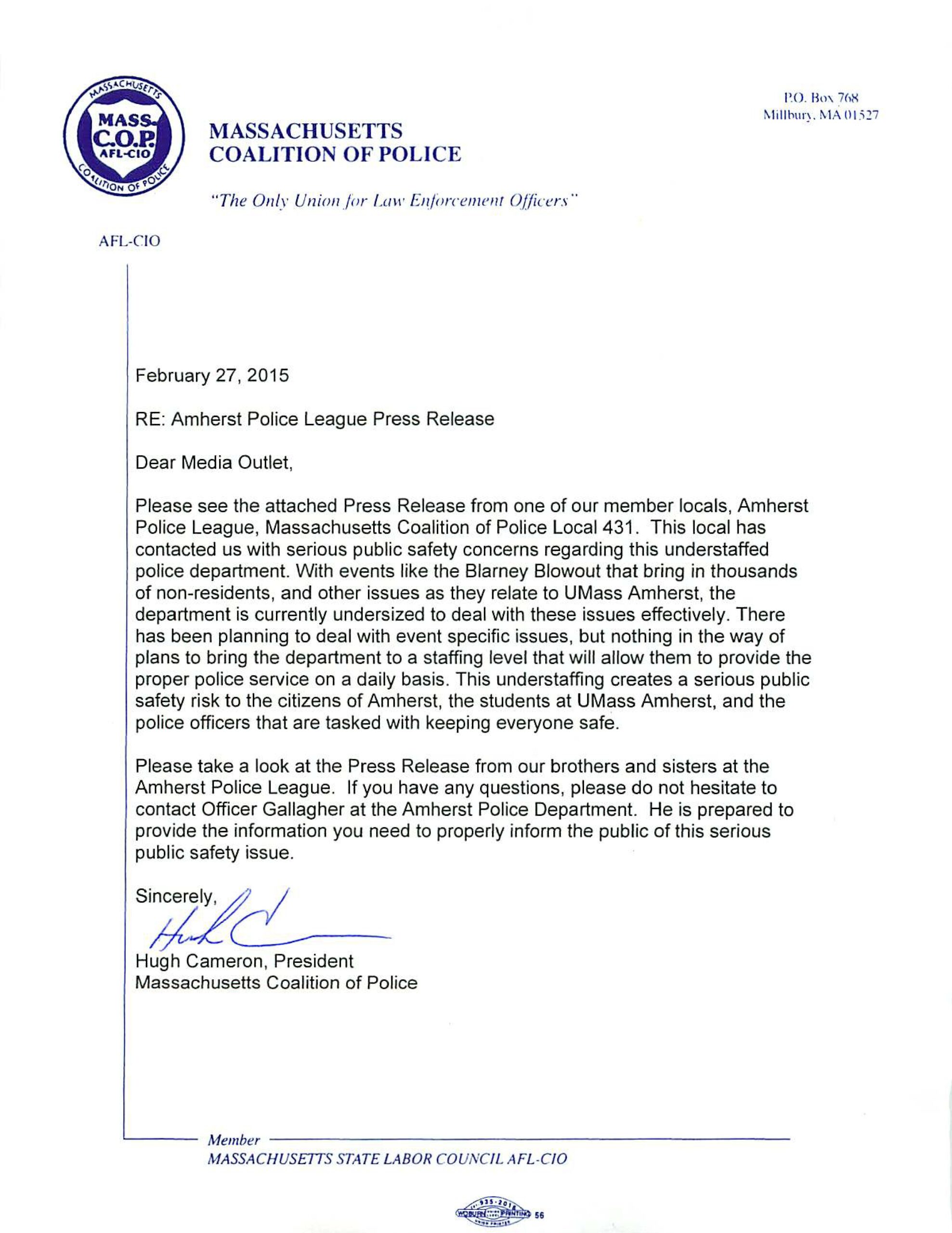 Our brothers and sisters at the Amherst Police League issued a press release today regarding their understaffed police department. You will recognize this department as the one that has to deal with the “Blarney Blowout”, which is an annual bash attended by thousands of college students. This press release has been sent out to boston area and local media outlets. Any questions from the media are being directed to Officer Gallagher at the Amherst Police Department.