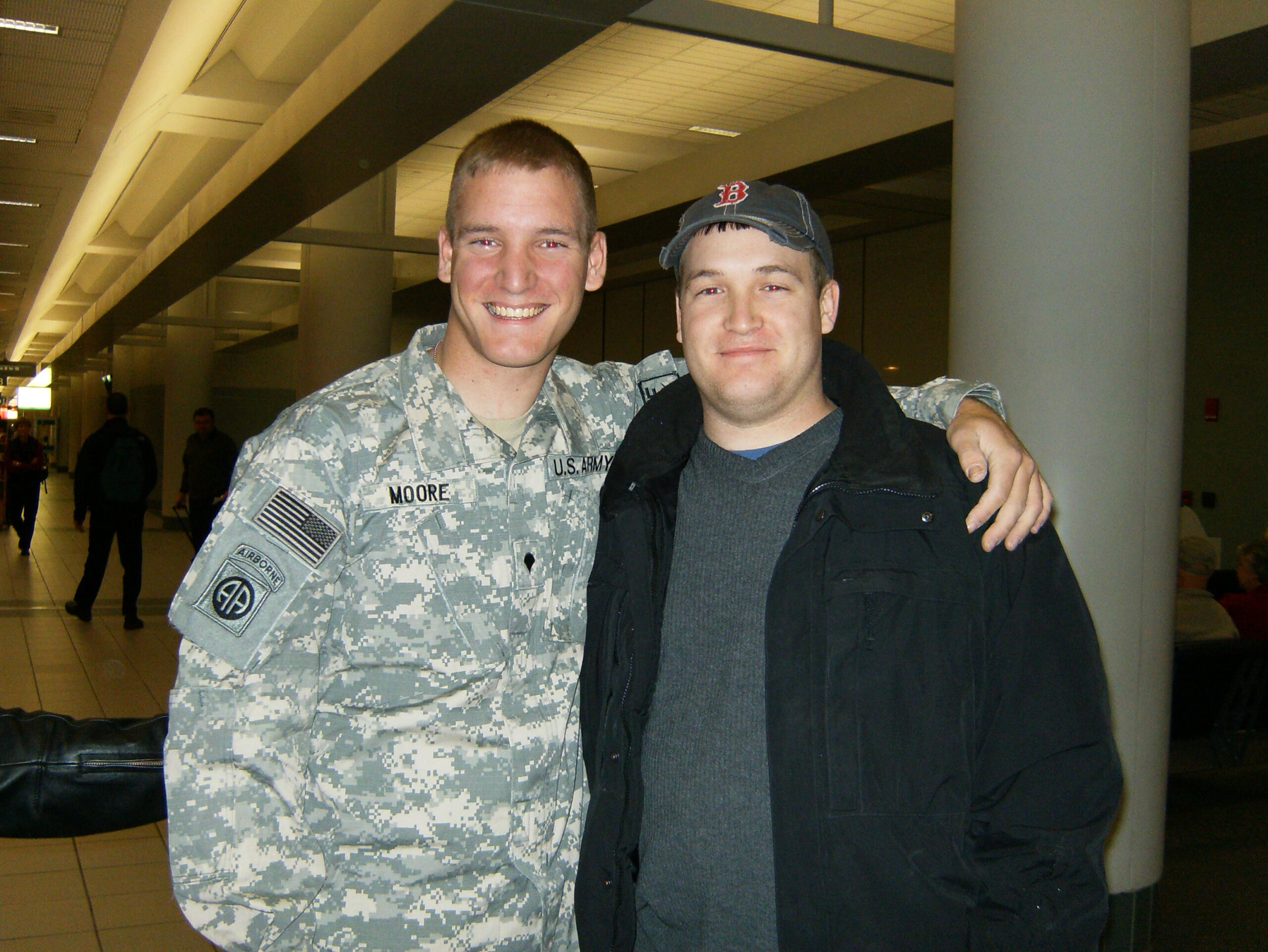 Support One of Our Brothers in Supporting His Brother

“Officer Moore of the Ipswich Police Department is looking for help from his fellow brothers and sisters in the law enforcement community. He is running in the Run to Home Base 9K charitable run to support Iraq and Afghanistan veterans whosuffer from “silent wounds.” These silent wounds include Post Traumatic Stress Disorder (PTSD) and Traumatic Brain Injuries (TBI’s) that are sometimes more debilitating than physical wounds. Many of our returning veterans now suffer from these “silent wounds” and thanks to great organizations such as the Home Base Program (http://www.runtohomebase.org/) these previously misunderstood and misdiagnosed problems are being treated and soldiers lives are slowly becoming more normal.

Officer Moore holds a special place in his heart for the Home Base program as his younger brother, Kevin, suffers greatly from PTSD and TBI’s from injuries sustained while deployed in Afghanistan. Kevin was with the 82nd Airborne Rangers and received two purple hearts for his injuries. He received his first purple heart after his Humvee was hit by an IED (improvised explosive device) and his second after a much more severe incident. While on patrol driving a Humvee an RPG (rocket propelled grenade) went through his door and just missed his torso and exploded in the steering wheel. He had to be flown to Germany due to his extensive injuries and he faced a long road to recovery.

To this day Kevin still suffers from PTSD and has severe TBI’s that make many of the common day activities we take for granted difficult. It is an ongoing battle that he has to deal with every day. By donating to Officer Moore’s fundraising efforts your donations will go towards the continued care of our Iraq and Afghanistan veterans who suffer from these “silent wounds.”

The Massachusetts Coalition of Police thanks you for your support of Officer Moore’s fundraising efforts and thanks him for participating in this special event to help our returning Iraq and Afghanistan veterans who are truly heroic.”