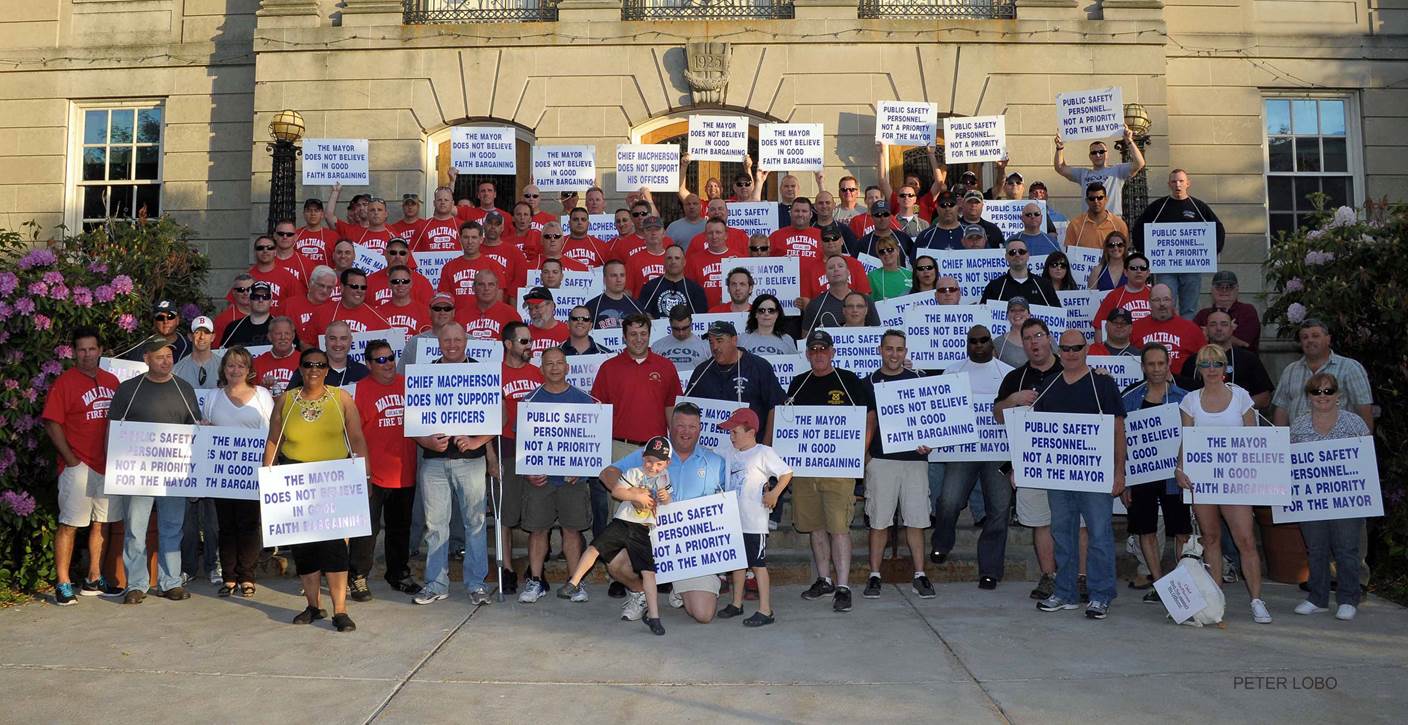 Waltham Police and Fire Stand In Unity During Informational Picket

The Waltham Police Department held a second informational picket in a week to protest that they have been without a contract since July 2009. Waltham Fire and Public Safety Dispatchers stood beside them in their quest to educate the public. Waltham Fire President John Ferrick stated “We have always had a great working relationship with the police and it is not fair that they have been without a contract for so long”. The fire union was also present to sit in on a committee hearing with the police regarding the mayor’s resolution to change the way police and fire chiefs are hired and retained. She wants the ability to go outside the department and she wants a five year re-appointment scheme. President John Brooks of the Waltham Police Superior Officer’s Union stated during the hearing “If you cannot find someone in the top ranks of this department to be chief, then you should not have a police deparment”. Brooks also stated “The last thing we need is the chief being a puppet for the mayor, worried about whether or not they will be re-appointed in five years if they do not do everything she wants.” The Waltham Police extends their thanks to their brother and sister union firefighters and dispatchers. (Photo courtesy of Peter Lobo)