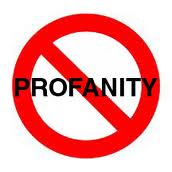 There was an awful lot of talk about the bill filed by Representative Benjamin Swan this week. The bill basically stated that you could be fired for using any profanity or unkind words towards anyone while in the course of your duty. Now we all know that we are professionals and that we act accordingly, but this bill would allow every single person you encounter to be able to go to the station, make a complaint, and have you terminated for saying something they did not like…even if it was true or untrue that you said it, because in reality it would always be a he said-she said situation. This bill has been filed for many years and has never made it out of committee…and it most likely won’t this session either because Representative Swan did not even bother to show up to the hearing to testify on his own bill. Then today Representative Paul Heroux came out in the press and stated that his support of the bill was a mistake. Word is that Masscop members from the area called Rep. Heroux and wanted to know why he would support such a bill. Upon reflection he now understands how that bill could negatively impact law enforcement. Nice job to all of our members who contacted Rep. Heroux and educated him on the bill. Keep up the good work. It is only through out members that we have strength.